Skip to main content
To provide you with the best experience, Cambria Hotel Milwaukee Downtown uses its own and third-party cookies on its website for technical, analytical and marketing purposes. By continuing to browse our site, you're agreeing to our use of cookies. Please consult our Cookie Notice for more information. 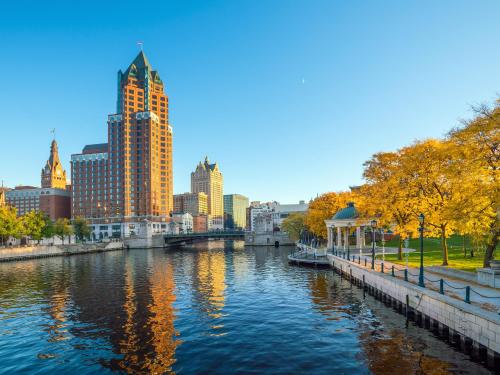 Walk up Milwaukee Street and discover the reason why many locals call Milwaukee the City of Festivals. See the Downtown Milwaukee Attractions. Located just off this main artery of the city is Cathedral Square, an urban park featuring many public events, including jazz concerts every summer during Jazz in the Park and the lighting ceremony of the city’s official Christmas tree every winter. When you make your way toward Lake Michigan, you’ll run into East Town, a popular cultural hub where many festivals take place like Bastille Days, the Lakefront Festival of Art and Firkin Fest.
Many of Milwaukee’s most popular attractions are found near Milwaukee Street in East Town. Milwaukee Art Museum, the Betty Brinn Children’s Museum and Discovery World are all located in this exciting cultural neighborhood. If you enjoy eating your way through your travels, East Town’s Restaurant Row will be sure to satisfy.
Only 10 minutes on foot from our hotel, Milwaukee Street is where you can treat yourself to the little indulgences that let you know you’ve arrived in the heart of the Mil. 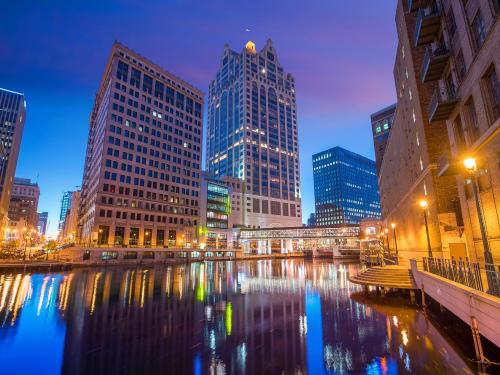 Just north along the Milwaukee River is Old World Third Street, a cultural hotspot best known for being the city’s hub of traditional German food and pubs. Mader’s Restaurant is the country’s most famous German dining establishment, serving authentic German beer and dishes like Weisswurst, pork shank, Weiner schnitzel and fresh pretzels. Another favorite is the Old German Beer Hall, which is modeled after the Hofbrauhaus in Munich. In addition to serving Bavarian breakfast every Saturday and Sunday from 10 a.m. to 2 p.m., there is live music, happy hour specials and soccer games streamed live from Europe on Saturday mornings. Ale Asylum Riverhouse is a local brewery offering beer, wine, whiskey and cocktails together with upscale pub food Sunday through Thursday starting at 3 p.m. and Friday and Saturday starting at 11 a.m.
When hunger and thirst strike and you want to take a culinary trip to Germany without leaving the city, find your way to Old World Third Street less than one mile from the Cambria Hotel Milwaukee Downtown. 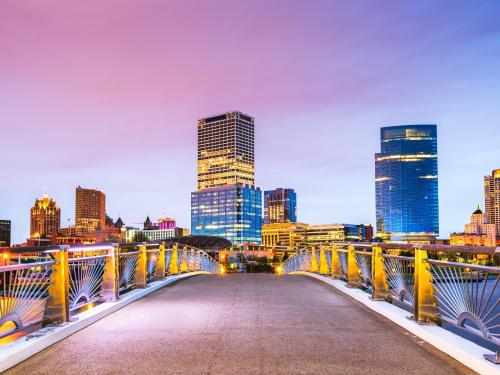 On the other side of the Milwaukee River from the Cambria® Hotel Milwaukee Downtown and directly across from Pere Marquette Park is the MRD (Milwaukee Riverwalk District). This fast-growing section of the city connects downtown, Historic Third Ward and Beerline B. With thousands of tourists visiting the cultural and business district every year, downtown Milwaukee is experiencing a well-deserved revitalization of commerce, culture and entertainment that locals and visitors can enjoy all year round.
The pedestrian walkway system consists of 20 blocks along the river, giving you beautiful views of the city’s skyline. Unifying the district is RiverSculpture!, a unique outdoor art gallery of permanent and revolving sculptures made by local, regional and nationally renowned artists. Visit the MRD website for a complete list of displayed artworks, including descriptions and the specific location of each piece. 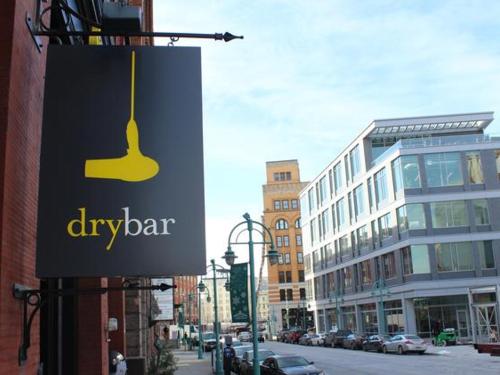 Drybar is based on a simple philosophy: Focus on one thing and be the best at it. For Drybar, that’s blowouts. At the core of the experience is Drybar’s dedication to over-the-top customer service and attention to every detail, and the Milwaukee shop at The Third Ward is no exception. Staying at Cambria has its perks! Just show your hotel key at check in and get $10 off your blowout any day of the week. Book now! 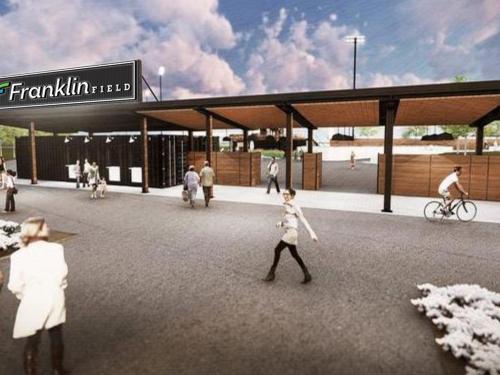 Catch a game at Franklin Field, home of the Milwaukee Milkmen baseball team.
Franklin Field (formerly known as Milkmen Stadium), is a 4,000-seat stadium opened in June 2019 and is home to the Milwaukee Milkmen and University of Wisconsin-Milwaukee baseball program.
Games feature fan favorite foods, a beer garden and entertainment for the whole family.
Don't miss out on checking the stadium out for yourself in Summer 2020 - it's pro baseball that is Udderly Different.